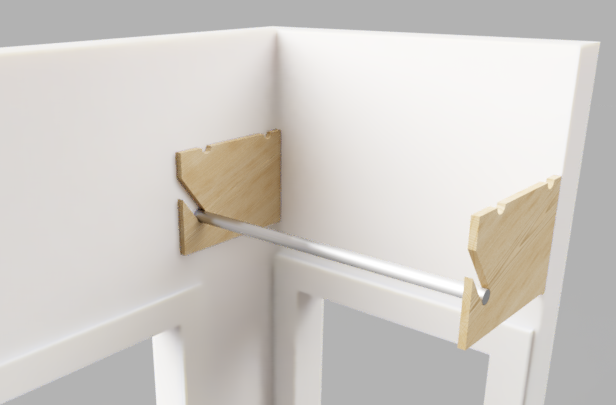 So I wanted a pull-up bar in my house but I’ve always hated those doorframe pull-up bars you get at Target. They are too short for me to hang from and not have my feet dragging on the ground. They don’t feel very sturdy to me and they can damage your door and walls. Oh and they are ugly.

I always start a project with my requirements. That will help me come up with a design and some constraints.

For the pull-up bar design, I’ve decided to mount two boards on either side of a hallway with a metal bar that sit in a slot just using gravity. The bar can sit at different heights and positions and and can be removed and replaced if need be. I decided to go wit baltic birch because it looks clean and minimal. 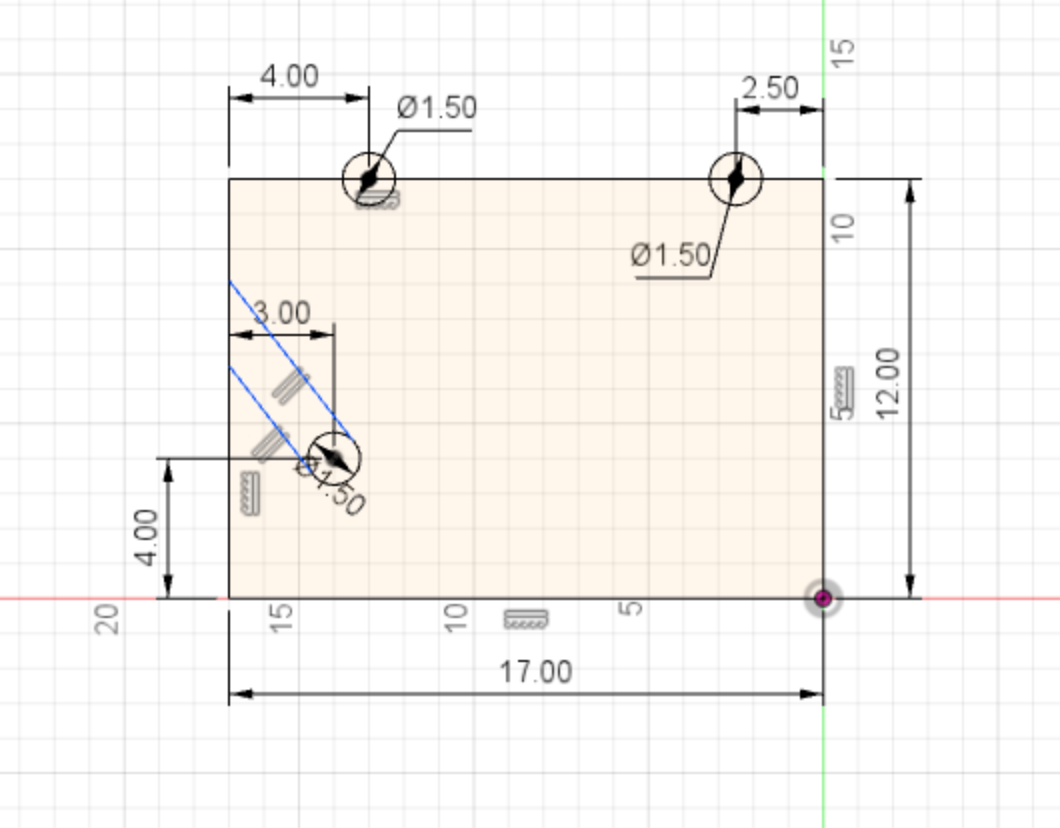 There you have it

If you have a narrow enough hallway you too can have a custom pullup bar. I’m really happy with this design. It was inexpensive, it’s out of the way and it meets all my design requirements.

Most importantly, it holds my weight just fine!

And there it is, a custom, hallway pull-up bar. Thanks for reading.

Since 2007, I’ve been creating multi-voice arrangements for the a cappella groups that I’ve been involved in. All of these arrangements were created by me (sometimes with the help of friends) for non-commercial purposes. These songs have been sung by Take it SLO in San Luis Obispo, California and Seatown Sound in Seattle, Washington. Please feel free to download, alter, and reproduce my works. If you would be so kind as to credit the original artist and myself that would be just peachy.

I have in the past done works for other groups with a small commission. If interested, please contact me.

(As if there was anything but)

This post is modeled off a workshop I gave to the Seattle Building Intelligent Applications Meetup.

You can fork the code here Github Repo

Flask is a web framework for Python. In other words, it’s a way to use python to create websites, web apps and APIs.

I will be showing how to use flask with python 3 but python 2 should work just as well.

Flask has some basic requirements when it comes to file and folder structure.

Now let’s do some Data Science

We will be building a survival classifier using the Titanic Survival Dataset. Our goal is to create an interface for a user to make and view predictions.

The code to read in the data, split it up and train the model has already been written for you. We’re going to focus on how to implement the model and predict with it through the flask web interface.

Note: If you want more info on models for this dataset take a look here. Titanic Dataset Modeling

Hooking it all up

Getting prediction inputs into flask

Our model uses the following variables to predict whether someone would have survived the titanic:

In order to hook up the web interface with the model we have to allow the user to input all of the required model parameters. The easiest way to do this is with a simple web form.

Prepare input data and get the prediction

11b. Build the numpy array of values input_data to pass into the model. The order DOES matter.

11c. Call the predict_proba() method on the logistic regression model with our input data.

11d. Grab the survival probability from the prediction and put it into the data dictionary to be passed back to the web page.

We are now getting the input data from the form and predicting with it. Now we have to tell the client-side how to display the information. We will be using Jinja templating to control how data from the server is displayed.

Take a look at the /titanic page and you can see that all the bits and pieces are hooked up. Time to do just a bit of UI work. Jinja allows you to use python-like logic to control the HTML that is displayed.

At this point you should hopefully have a fully function flask-based web app that trains a model off real data and presents a simple interface to a user to allow them to make a prediction with the model and see the results.

Well, it’s the end of break week, that’s why there wasn’t a post last Sunday. In the beginning of Week 6, we studied what are known as “unsupervised methods”. These methods involve using a computer to discover patterns in data and are often using in clustering or classifying applications. An example of a specific algorithm named “K-means Clustering” is shown above.

The way K-Means works is you take some set of data and tell the algorithm how many clusters (K) you think might be present. This can be done systematically or explicitly. The computer will then randomly place those K-cluster centers in the data and iteratively try to optimize the classification of the real data until you have the best optimized clusters possible. Optimization, in this case, refers to minimizing the euclidean distance between classified data points and their respective cluster centers as best as possible. Below, I’ve shown the results of K-Means clustering on the famous “Iris” data using K-values from 1 - 4. By eye, we can see that there is most probably 2 or 3 clusters present (humans are very good at pattern recognition) but we can tell the computer any number of clusters we want until the number of clusters is equal to the number of data points, at which point you will have classified each datapoint as it’s own class which is fairly useless.

This was a pretty fun little exercise, and I enjoyed building the different visualizations using both python’s matplotlib and an fantastic command-line tool called ImageMagick (thank you Denis) to make the animations. I’ve made the class file and documentation for my code available on github if anyone is interested.

Apart from unsupervised methods, we again went back to linear algebra to learn a number of matrix factorization and dimensionality reduction techniques. The gist of these methods is that we can use matrix math to discover latent features in data, or to fill in unknown values with good estimates. Ever wonder how Netflix or Spotify recommends items to you? Matrix factorization is what it boils down to. Here’s an great and very accessible article on the topic from the Atlantic: How Netflix Reverse Engineered Hollywood.

Case Study: For this week’s case study, we built a joke recommender using the Jester Dataset. This is a dataset of 150 jokes with about 1.7 million ratings from 60,000 users. Our task was to best estimate the jokes that new users would score highly. My team used a GridSearch to cycle through a number of different parameters to best optimize our recommender system.